A 2006 anime based on the 2002 manga of the same name created by the Author Bisco Hatori. Centres around Haruhi Fujioka a new transfer student in Ouran Private Academy she accidentally breaks a ancient vase worth over 50 million yen when shocked by the the school’s host club members . Forced to become a errand girl and eventual host when discovered that she is actually female .

The series was one of the few series that got people into anime during that time . Playing on the tropes of the Fujushi tastes .It struck a chord with both men and women alike and was most people’s first dive into shojo genre outside of Sailor Moon for a lot of fans . But what may have started as Satire in retrospective the show created characters truly unique as the cast themselves all have defining moments which has sparked many shipping wars within the female anime community.

Haruhi the main character is breath of fresh air for many people as she gives no shit on her appearance or how she is perceived by people. Before the events of the series her mother passed away leaving her and her father to fend for themselves. Her Father is revealed to be a Okama ( in general term for homosexuality) but in this case a drag performer. Which gives context to Haruhi having a strong sense of identity. 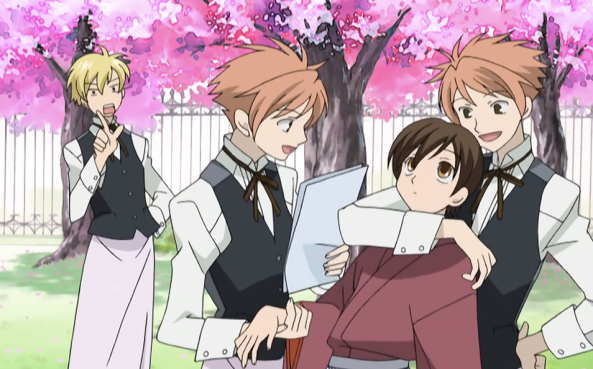 The leader is Tamaki voiced by Award Winning Vic Mignogna who is mostly a comedic foil to the rest of the characters. He is constant flirt – Half Japanese Half French main host who slowly grows to love Haruhi as a woman . 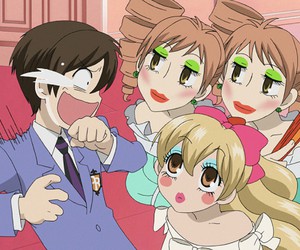