With Halloween approaching and I know I have spoken about the game on the podcast but I thought a written review was also help be needed to explain my feelings towards Daganronpa v3 Killing Harmony. 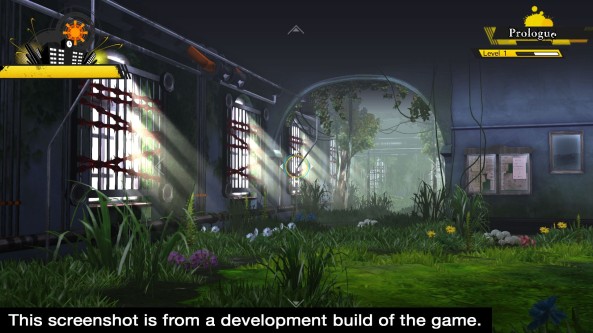 Story of the Franchise

High school student Kaede Akamatsu is kidnapped and awakens a pseudo abandoned school called  “Ultimate Academy for Gifted Juveniles” (才囚学園 Sai-shū Gakuen), where she meets fellow student Shuichi Saihara and 14 supposed ultimate students. The teens are abruptly accosted by a series of bear robots also known as the Monokuma Kubs who expose them to a “Flashback Light”. When Kaede next awakes, she remembers her life as the Ultimate Pianist, while Shuichi is the Ultimate Detective. Their other classmates each have their own talents and histories. Monokuma arrives and informs the students that the only way to escape is to successfully kill another student and get away with it in a subsequent Class Trial. If no one bothers to compete in the killing game he will kill all the students. 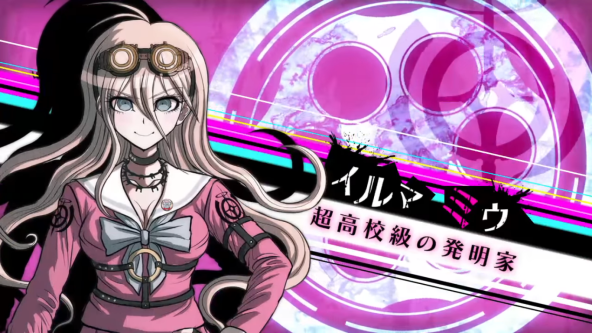 That is the bear minimum I can explain about the game story without going into spoiler territory but from what I can tell you is play as a character completely different from the rest of the franchise. You don’t play as a Ultimate hope which adds a level of difficulty to the game this time around. 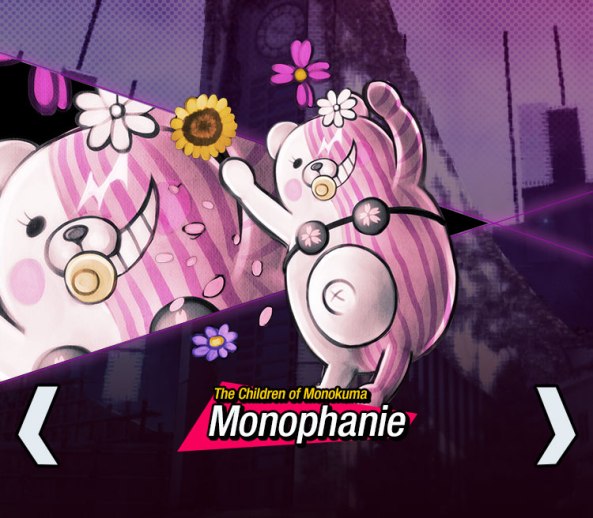 Now for the mechanics of the game you are awarded some extra skills and coins if you uploaded the demo game before your purchase of the main game which is a nice little bonus giving you the core idea of what the game is about.

The mini games are anything from racing games to puzzles which you will have to solve before you complete the main the Class trials.

The Class Trials work very similar to the mechanics used in Phoenix Wright but this time with the new game there is a twist . Not only can you prove your innocence in the court but now you can have the feature where you can lie to the other students to refute a statement.

Today we are going to put 2 shows against each other Keijo!!!!! and Wanna be the Strongest in the World .

Plot : Wanna be the Strongest in the World is about Sakura a member of Pop Idol Group. However one day a wrestler beats up her rival in her group. To avenge her she is introduced to Berserk wrestling where the wrestler is a part of. This is the story of how she discovers her potential as a wrestler.

Created by Arms which is most well known for Genshiken seasons 1 and 2 as well as the infamous Queens Blade series . We know how good the panty shot animations are compared to the actual fight scenes.

You be the Judge

When Nozomi quits a promising career to pursue keijo!!! to help her family escape a life of poverty.

This Series is brought to you by Xebec well known for Love Hina , Martian Successor Nedessico and To Love Ru.

Unusually this show has some great and over the top fight scenes that doesn’t spend to long on 1 particular panty shot.

Generally bland soundtrack except for the very catchy opening but it is not surprising from the creators of Love Hina.

Well it has to be Keijo!!! with its over the top fight scenes you cant help but enjoy it.

Turns out dinosaurs have been living in the center of the earth for millions of years. When the leader of the dinosaurs the Evil Tyrannous declares war on the surface world. A team is crated to battle these ferocious creatures. The Team is called the Gemini Force. Ok tell me if this sounds like a a really bad toy commercial. Well back int he early 80s a vhs company purchased the rights for a poorly made Saturday Morning Cartoon from Japan and decided to put their own spin on the franchise. What was the result? A Dinosaur sized fail and great comedy. As the show progresses . The dub company decided to insert their dialogue including rabid dogs looking like their ex wife to Cam Clark ( famous for TMNT and Akira) voicing a talking T. Rex dinosaur. 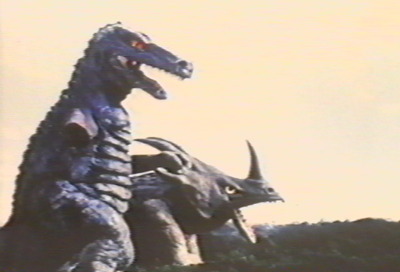 To put things of the mixture of bad animation, puppet work and rubber dinosaur suits fighting thunderbird jets doesn’t even make much sense.

Attack of the Super Monsters

But with all these mistakes it creates a great comedy as you enjoy the cringiest thing ever created.