I’ve been involved in conventions since 2013 and been a fan of anime since the early 90s. I’ve always seen anime fandom as this fun odd mixture of every sort of political , economic and sexual background all gathering together to escape from the hecticness and dread of reality for one weekend.

2018 times have changed however as politics has overcome every topic we come to discuss. Even professionals in the industry will not stop speaking about politics .

Whether Right or Left wing or identity politics its anime fandom has becoming less of a community but as site of tribal wars of people picking sides.

But does it really belong in the convention scene? My answer is not really . We take in too much hostility now every day. In America and England there is a growing rise of hate groups . One of the main reasons of this growing isolation we are feeling in the modern world. Things may be changing way to quickly for some of us adapt too. 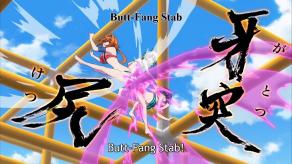 I know the media and social media can color people’s perception on things. Conservatives are nazis , Liberals are ruining the world, We hear these comments all time even from creators of our favourite creators . Sadly this is just a result of living in a hyper informative , high emotional state in time . Not all republicans or right wing people are evil not all liberals are ruining the world. All of us are just trying to get by one day at a time . So in this ultra political time My advice for people is to sit down and enjoy a drink with your from the other political spectrum and try to understand why they think the way do. Then together we can solve the greatest problem of conquering hate while discussing why your waifu is trash

2 comments on “Is there room for politics in Anime Fandom?”